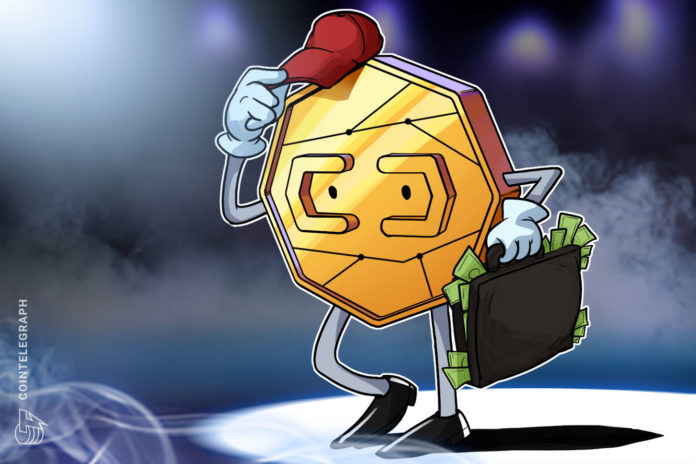 Major crypto asset exchange OKEx has suspended cryptocurrency withdrawals, announcing that one of the holders of its private keys is “currently cooperating with a public security bureau” concerning ongoing “investigations.”

The exchange noted that it has been “out of touch” with the key-holder, preventing the “associated authorization” from being completed. OKEx plans to resume digital asset withdrawals “immediately” once the key-holder “is able to authorize the transaction.”

Citing its terms of service, OKEx said it had decided to suspend withdrawals but added that the security of its customers’ assets “will not be affected” by the events.

Bitcoin (BTC) has fallen nearly 3% in response to the news, while OKEx’s native token OKB has crashed 15%.

Outgoing transfers of 1,180 BTC worth $13.6 million, 50 million Tron (TRX) worth $1.3 million, and 21,000 Ether (ETH) were made over six hours, alongside an incoming transaction of roughly $13.9 million in Tether (USDT). The transfers occurred during a similar time period to transfers of coins from the Bitfinex hack according to Whale Alert’s feed, however this may simply be a coincidence given the large numbers of transactions that occur every day.

Beijing based reporter Colin Wu, who writes at WeChat public account @wublockchain suggested the OKEx investigation may be related to money laundering.

“The Chinese government is cracking down on money laundering using cryptocurrency for telecom fraud, and centralized exchanges are in a very dangerous state.”

OKEx targets asian markets, although it is headquartered in Malta. Wu also alleged he’d discovered an “OTC merchant on OKEx had mistakenly received 500,000 CNY from the fraud group and was hunted by the police across the provinces.”

Wu’s information is unverified at this early stage.